,The question was asked of Manuel Pellegrini after West Ham’s 3-2 defeat to Tottenham. Did he think the problem was the players or was it him? The veteran manager handled it with his trademark good grace. “I think both things are always together,” he said. “You cannot separate one from the other.” Even so, faith in Pellegrini is fading fast.,His final substitution on Saturday – Carlos Sanchez for Issa Diop – was loudly booed and there was a strong sense that the Spurs supporters weren’t the only ones at the London Stadium welcoming the prospect of him being ‘sacked in the morning’. A run of eight games without a win dates back to a 4-0 cup defeat away to Oxford. West Ham are on the slide.,The club tried to create a positive atmosphere. Bobby Moore’s daughter was interviewed before the game. Former hero Tony Cottee was prominent. Frank McAvennie was there to celebrate his 60th birthday. There was a warm welcome for the popular James Collins. But once the whistle blew, West Ham fans were confronted with a team bereft of confidence.,Even before Tottenham had taken the lead, Roberto’s every catch – and there were a few – was being greeted with ironic jeers by large sections of the crowd. It was a surprise to nobody when Heung-Min Son’s saveable left-footed shot from a tight angle flew past him for the opening goal. It’s barely creditable how poor the goalkeeper has been.,The 33-year-old Spaniard has arguably been to blame for at least one of the goals conceded in each of West Ham’s last five matches. Invited to comment on his goalkeeper’s performance afterwards, Pellegrini said: “I don’t want to talk about him.” Is he really the best option available? “If he is playing, it’s because he is. It is not a thing for the media.”,Roberto’s miserable form is being felt particularly keenly at West Ham because of the identity of the man he has replaced. The injured Lukasz Fabianski was the club’s player of the year last season. Based on Opta’s expected-goals model, the statistics show that he saved his team more goals than any other goalkeeper in the Premier League., 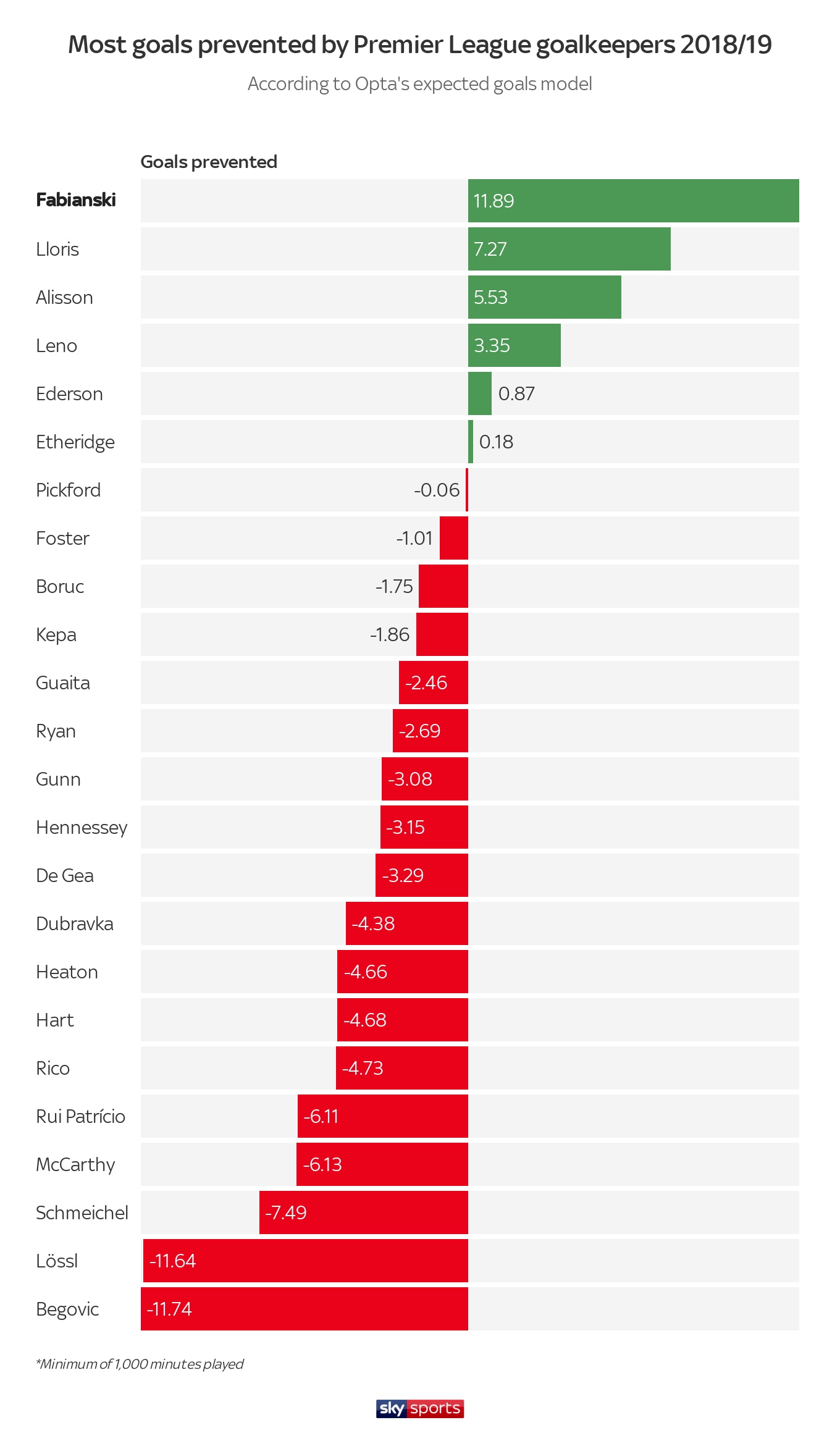 ,In contrast, Roberto’s mistakes have been numerous. Everton might well have won even without Bernard’s shot creeping under his body. The game against Burnley was lost long before he flapped at a cross, diverting the ball into his own net. But letting in Lys Mousset’s equaliser for Sheffield United and his poor performance against Newcastle cost his team.,”It is a very tight Premier League this season,” said Pellegrini. “Maybe three points more and we would be in a different position in the table.” It is an overly simplistic calculation but without Roberto’s recent errors, it is reasonable to argue that West Ham could have
six more points. That would have been enough to put them in the top six on Saturday evening.,Pellegrini appeared to suggest that misfortune was playing its part. “Every time that we make a mistake when defending it is a goal,” he said. But that is not quite true. Lucas Moura had the opportunity to extend Tottenham’s lead when racing clean through only to drag his shot wide. Roberto, for all his faults, made nine saves at Everton and 10 at Burnley.,The problems at West Ham run deeper. Diop endured a dismal afternoon and while his reluctance to pass the ball back to Roberto might have been an excuse for the second goal, not everything can be pinned on the goalkeeper. “We need to improve defending and improve attacking,” said Pellegrini. It would be a big mistake to overlook that.,Felipe Anderson drew groans from the crowd when shirking a 50-50 challenge during the first half. Sebastien Haller barely seemed willing to contest a duel and the striker’s failure to hold the ball up was responsible for the turnover in possession prior to the opening goal. And when the opponents do have the ball, West Ham are doing nowhere near enough.,”We are making too many mistakes, especially without the ball,” said Pellegrini, but much of that appears to be a conspicuous lack of work rate. It is not just that West Ham have been outrun by every other team in the Premier League. They have been outrun by the opposition in every single Premier League game that they have played this season.,Given that statistic, perhaps it is no surprise that West Ham rank rock bottom for high turnovers ending in a shot – the number of times that they have won possession of the ball within 40 metres of the opposition goal and done something with it. Not every team has to play a pressing game but it is indicative of how easy it is to play against them.,Opta’s advanced metrics also show that teams make far quicker progress up the field when playing against West Ham than against any other team. Talented attack-minded players such as Anderson, Andriy Yarmolenko, Pablo Fornals and Manuel Lanzini provide little protection. Mark Noble’s ageing legs cannot cover for the lack of work ahead of him.,West Ham are a nice enough team in possession. They rank among the top half when it comes to lengthy pass sequences. But when it comes to stopping the opposition there is little appetite for that side of the game. Again, perhaps that should be no surprise. It reflects the approach of a coach more used to operating at the top end of the table.,Pellegrini won titles in Ecuador and Argentina before coming to Europe and never finishing lower than seventh in each of his first seven full seasons in charge of Villarreal, Real Madrid and Malaga. He won the Premier League with Manchester City. Immediately prior to joining West Ham, he had a couple of top-half finishes in China too. This is what he knows.